Do I need to Apostile the Power of attorney?

I haven’t purchased apartment yet but planning to buy one in India.
I am giving POA to purchase that apartment on behalf of me.

In that case does POA needs to be apostiled?

What does Apostile or Power of Attorney mean?

‘Apostile’: It simply means that a document like POA (Power of Attorney), attested by ‘secretary of state’ is valid and acceptable in Indian court of law. This was made possible by the two countries signing ‘Hague convention’ agreement.

Is Apostile needed for me?

There is no Apostile needed if you are applying in person with an exception of Indian Embassy at SFO (San Francisco).

‘Apostile’ is only required in some Indian embassies as these laws in USA are dictated by State governments.
In case you are going to SFO Indian Embassy, they would require you to get it apostiled. Others do not ask for it.

Is Apostile required by Indian government?

‘Apostile’ is NOT a requirement in India. They do not ask for it.

If you are US passport holder, then ‘Apostile’ is required and is a recommended step before going to Indian embassy for attestation.

Use this article to check if YOU need to get Apostile done: 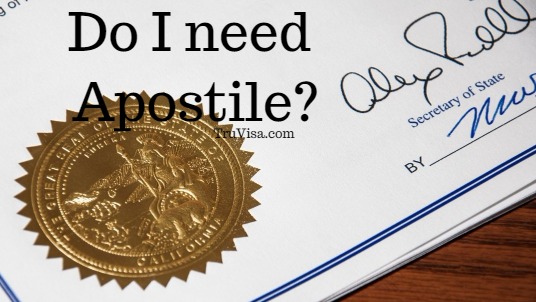 No. Chicago Indian Embassy does not require Apostile.

Only SFO (San Francisco Indian Embassy) requires Apostile before attestation at this time.

I am a citizen of United states.

Before becoming the citizen here, I had bought a land with a group of people and now the land is getting sold.

I need to authorize my sister with POA for acting on behalf. I do have POA printed in stamp paper (prepared in India).

Can I get his POA apostiled and then get it attested in SFO consulate?

It looks like read in the SFO site that only documents prepared in US will be attested by the consulate?
Is that correct?

I think you have to make a new PoA in US and get it attested by Indian embassy.

Indian stamp paper will not be acceptable in US. Any PoA on plain piece of paper is perfectly valid document legally.

Hi Anil,
I was reading your answers.
You have said the PoA need not be apostilled in India.

So can one write a PoA here, get it notarised here in front of two witnesses and then register it in the sub_registrar’s office in India and skip the apostillation and embessy steps altogether as long as the person who is giving the PoA goes personally to registrar’s office in Pune?

Thanks for your help.

You can simply go to Indian embassy and get your POA attested, with 2 witnesses.

Hi, I need to send a POA for a civil case in India authorizing my mother to represent and handle the case, our lawyer has sent the POA contents, but i am confused should this be a General Power of Attorney or Special Power of Attorney ?
Does it require a Apostile ?

Apostile is mandatory only if you need to go to SFO Indian Embassy.

The General or Special PoA is governed by what you mention in PoA contents.

If you mention the specific court case details in this PoA, it will be counted as ‘Special’ since it cannot be used to represent you in any other case.

If the contents of the PoA does not mention any specific court case, it will be considered general.

So, whatever your lawyer has sent is sufficient.
Do not worry about special or general as such.