Carry iPhone X and declare as gift for parents at Indian airport Customs?

One of my colleagues is going to bring a new iPhone X from US to India.

I read a few feeds on Quora which claimed that a single iPhone shouldn’t attract any duty despite the exceeding price limit if we declare that the phone is simply brought as a gift for parents or spouse.

However, my colleague is strongly advising against that and he believes that opening the box and keeping the phone in pocket will do the trick to avoid customs at the airport.

What would be the best way to skip customs or is the claim that a single iPhone isn’t objectionable true?

I’d like to know your thoughts as soon as possible since he’s flying back to India in the next week and we need to figure out a good solution by then.

Legally, you have to pay custom duties on any product that you bring in with you, that exceeds that allowed limit (Currently set at Rs 45,000).

You cannot rely on people’s suggestions that custom will waive it off for you.

The best option is to open the box and carry the phone as if your friend was using it for personal use. If it is packed in a box and customs catch it, you will probably have to pay either tax or bribe.

Please note that Customs are smart enough to know the tricks of the trade.
They handle people 24 hours, 365 days a year and have seen all kinds of reasons/tricks that people try to avoid customs.

First of all I really appreciate the prompt response. Thank you for that.

I hope that you assumed that he might already be carrying his own personal phone.

So if he opens the box and keeps the iPhone with him which will by the way will be switched off to avoid unnecessary carrier locking, won’t it raise any suspicion among the customs that he is merely carrying the phone to avoid duty which is actually new?

Secondly would he require to declare that has an iPhone with him if he opens the box and just keeps the phone in his pocket?

Fine.
Carrying the phone in his pocket seems like the best shot I can take to avoid duty.
Keeping the sealed box in the luggage is substantially riskier right?

Secondly, if at all he carries the phone in his pocket, the box and the remainder of accessories (charger, ear pods, connectors etc.) will remain in the luggage.

Will that be objectionable as well?
In the worst case if he gets caught what is the maximum duty that he will have to pay considering the cost of the phone on the invoice as $1059?

Besides this, any pointers that I could give him from your experience so far with customs at the airport in order to avoid suspicion?

The only way to avoid suspicion is to be normal as if nothing has happened. Just walk out of airport normally. Don’t sweat

If he has to pay duty, then it would be about 34% of $1059 (after conversion to Indian rupees) and penalty (for no declaration).

Penalty is decided by customs officer. They may decide to charge it or waive it off.

You can check the current and updated rates here on this article: 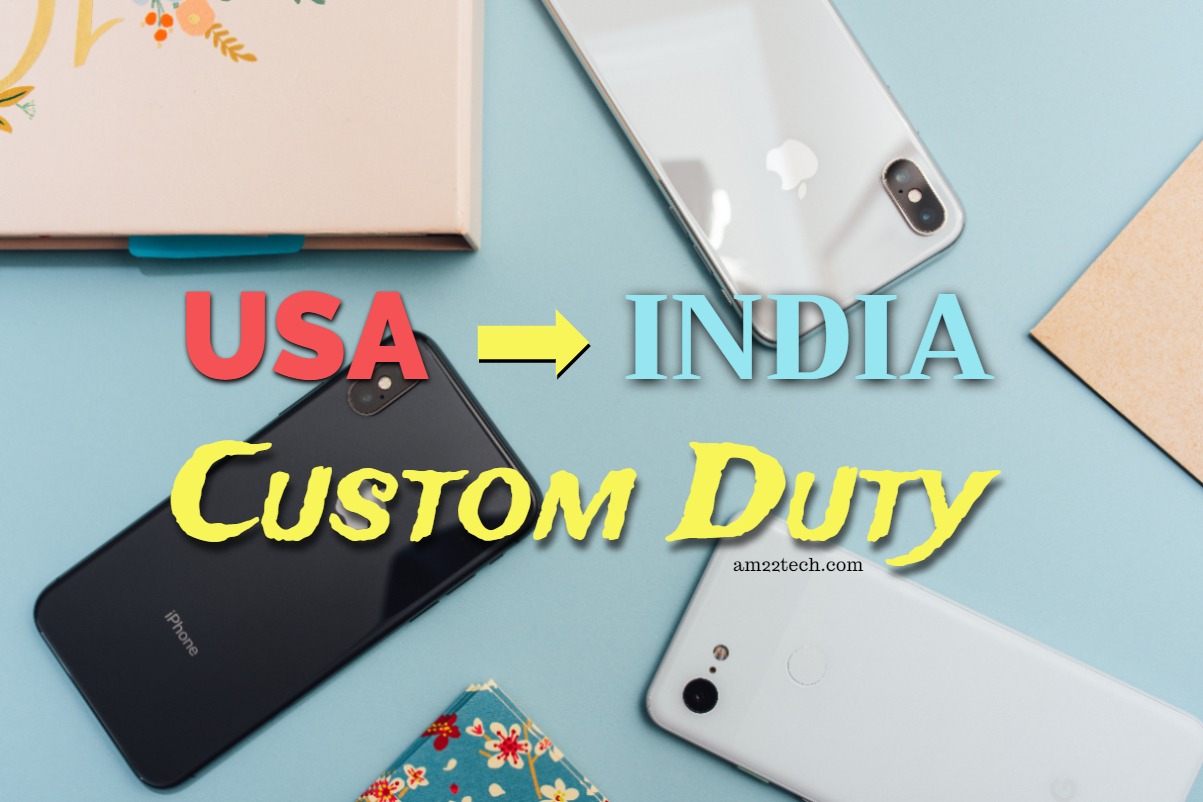 Sending iPhone to India is expensive (customs duty + GST Tax) than buying in India. Mark as Gift does not help. Carrying and not declaring at Indian airport custom evades duty but not safe.

It is foolish to bring a China made Iphone from USA. The same is available cheaper in India. Complaints have been made to US authorities about the 45,000 rupees (700USD) limit given by India after claiming it is now a developed country. The US authorities are thinking of similar action on Indian products. In fact you pay double taxes, when you bring a Chinese Iphone to India, one in the US at 4-5 % and again 35 % taxes when you are charged at Indian customs. Both Indian and USA Iphones are imported from China.

This 35 % duty plus surcharges make the phone more costly. Gift your own Iphone to parents or relatives and when you return to USA buy a new IPhone is the easiest way.